This page is dedicated to the Alexandria Aces independent professional baseball team.  The team played for several seasons in multiple independent baseball leagues.  On this page, the focus will be on the time when the Aces played in the CBL for one season (2009).

Here is the Baseball Reference page for the 2009 Alexandria Aces team.  Roster and stats are included:  http://www.baseball-reference.com:8080/register/team.cgi?id=3fc26950

Another link for the 2009 stats is here.

Wikipedia article about the Aces, including the 2009 All-Stars:  https://en.wikipedia.org/wiki/Alexandria_Aces

Recap on the 2009 spring tryouts for the Aces:  http://www.oursportscentral.com/services/releases/aces-tryout-camp-a-success/n-3818104

Found a July 2009 snapshot on Archive.org of what the Aces website had as content at that point in time.  Not all of the pages have been indexed, but many can be read to gain more information about the Aces during the team’s tenure in the CBL:  https://web.archive.org/web/20090701172141/http://www.myacesbaseball.com:80/

Found a June 2009 article about a 3-day youth clinic which the Aces hosted.  Here is the link:  http://louisianatrekker.blogspot.com/2009/06/

Ballparkreviews.com article about Bringhurst Field (done years after the Aces left the CBL in 2009):  Click Here

Press release from May 2009 about the open tryout:  https://www.oursportscentral.com/services/releases/aces-tryout-camp-a-success/n-3818104

Mention on the Kansas City T-Bones website about Rafael Rodriguez being signed by the Baltimore Orioles.  It mentions his time with the Alexandria Aces in 2009 (and his post-season hitting stats) with the CBL:  http://www.tbonesbaseball.com/news/headlines/index.html?article_id=1757

Here are two articles about Bringhurst Field, the home of the Aces.  Both mention the CBL:

Article about two former Mississippi College Choctaws Nathan Stewart and Brent Hinson being on the 2009 Aces team which won the CBL championship that season:  https://www.gochoctaws.com/news/2009/8/31/BB_0831091957.aspx

Update on the coaching status of Dan Schwam:  http://genevaredwings.com/coaches/

Found a press release announcing the signing of player/hitting coach Larry VanAllen for the 2009 season:  https://www.oursportscentral.com/services/releases/vanallen-named-hitting-coach/n-3801966

Mention of the Aces winning the 2009 CBL championship from a 2010 archive snapshot from the team’s original website:  https://web.archive.org/web/20101205224520/http://myacesbaseball.com/history/

Thank you to Eric Moran, who operated the Aces during their one season in the CBL (2009), for letting us know about the 2009 player photos on the team’s Facebook page.  Here are the photos from May 2009:

Thanks to Nick Enciso for the following photos from the 2009 Alexandria Aces season: 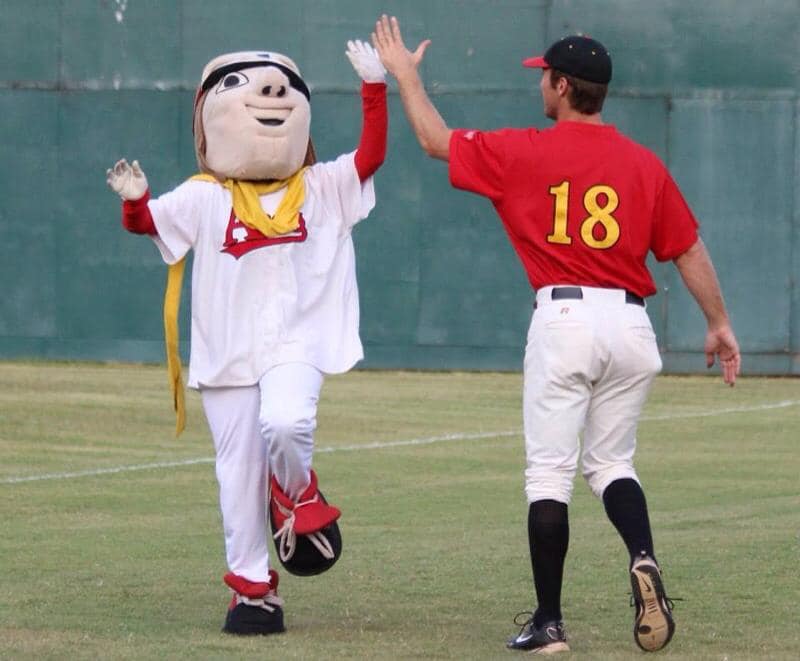 This video we found focuses on Aces players DH Johnny Klopfer and 1B Gabe Memmert.

Here is a 2009 uploaded video on YouTube featuring a dizzy bat race between innings of an Alexandria Aces game.  You will see some of the players in the video:

Found a Wayback Machine recap of 2009 website headlines including mentions of players and victories by the Aces.  Not many of the actual stories were archived, but at least the headlines can be found here.